The Magic Argan Trees outside Aourir 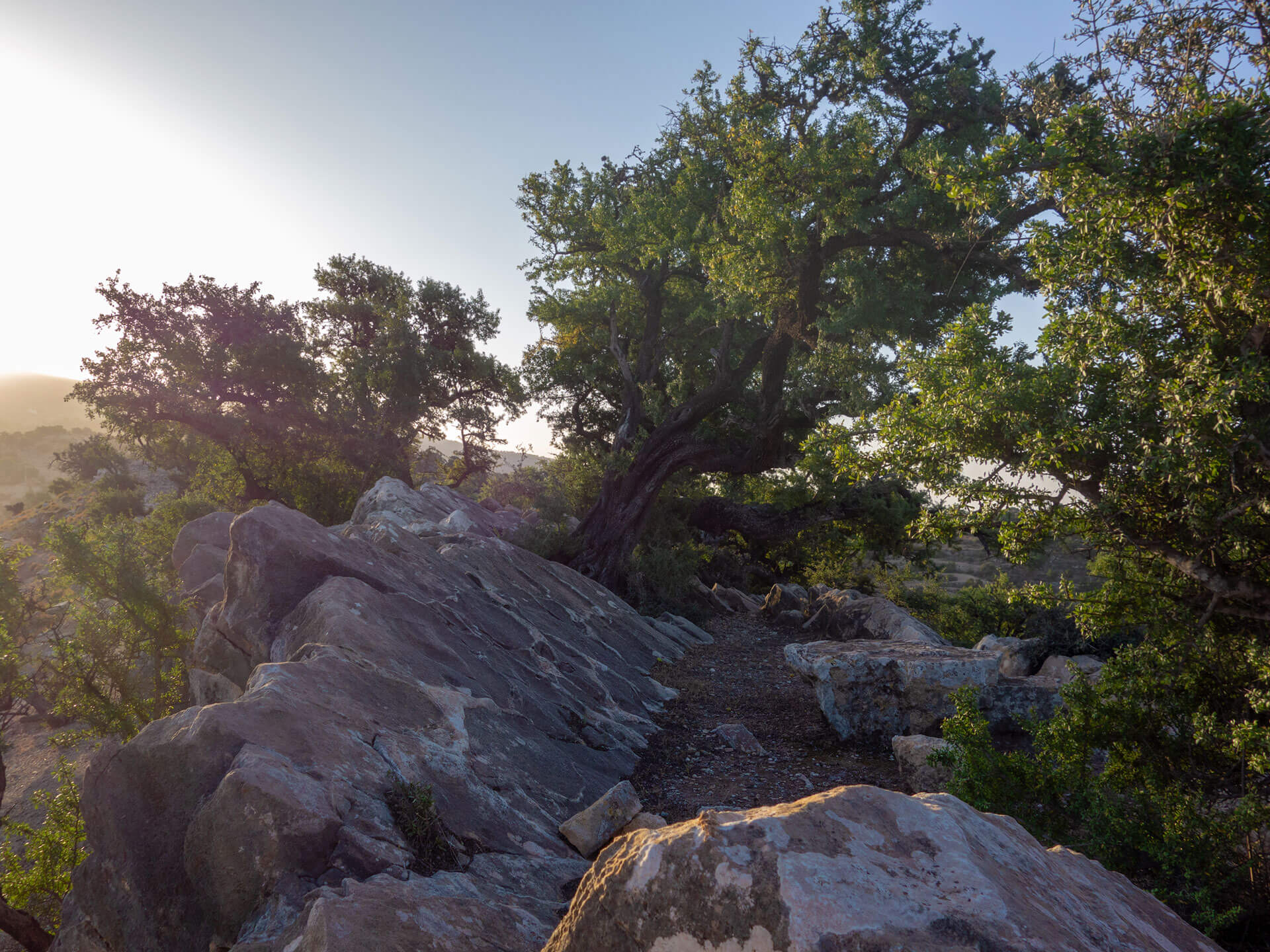 The Argan Tree is one of the oldest trees on earth!

The Argan Tree, also called Arganie or in latin Argania Spinosa, is one of the oldest trees on earth. Exact dates are not known, various literature states an age of 25 to even 80 million years – an almost unimaginable period of time for us.

Because of its extremely hard wood, the moroccan tree, which belongs to the Sapot Family (Sapotacea), has also been given the nickname “Ironwood Tree”. For the “Amazigh” the tree is also known as the “Tree Of Life”.

We know this magic place very well and are often and gladly there. In the morning hours, when walking the dog, when the dew and moist air – coming from the sea, humidify the twigs and leaves of the trees. Or in the evening hours, just before the sun goes down, to meditate and find peace.

If you want to download the pictures in good resolution, go to unsplash!
There we have uploaded all pictures and more.

Some information about the Argan Tree

Origin and occurrence of the Argan Tree

While the Argan Tree was initially widespread in Africa and southern Europe, the current area extends to only about 8,000 square kilometres in south-western Morocco. This area is also called Arganeraie, it was declared a biosphere reserve by UNESCO in 1998.

The tree needs dry, desert-like climate to grow and meanwhile feels comfortable exclusively in the southwest of Morocco. All attempts to settle this tree elsewhere, for example in tree nurseries or a arboretum, have failed so far. The reasons for this are not known.

There are several theories about this: one says that only the seeds that have been previously eaten by dromedaries or goats and have been freed from the pulp during the digestive process are ultimately suitable for reproduction.

Only one Israeli research team once succeeded in planting the tree in the “Negev” desert, to try to make a deal here, of course. Not only that they annex here a part of a cultural heritage of Morocco, they boast to have developed the Argan Tree and have grown a super breed which produces 10 times more Argan than the Moroccan nature trees.

The argan tree can grow up to 10 meters in size, the crown of the tree even reaches a diameter of 22 meters. Its roots bury themselves up to 30 metres deep into the ground in search of water and minerals. The tree is always robust, so temperatures above 50° Celsius and longer dry periods are no problem for it!

“Tree Of Life” according to Berbertribes

For the Berbers and Amazigh the Argan Tree is their “Tree Of Life“. It provides the families with almost everything they need: Wood as fuel and as scaffolding for their mud houses, fruit and the coveted argan oil as a high-quality food, as care for skin and hair and as medicine and remedy for a variety of diseases and injuries.

The Argan Tree forests also act as a green barrier to stop the increasing desertification and thus secure the Berber habitat. But the tree is not only beneficial to the Berbers. In the shade of the treetop – which can reach a circumference of 70 metres – other plants and bushes find protection from the piercing sun.

Statistically speaking, about 10 trees of this kind can provide for one person, and a total of over 2 million people are indirectly dependent on them. It is therefore easy to understand the social, biological and also economic factor that the argan tree has.

Life expectancy of an Argan Tree

The Argan Tree has, provided that humans do not intervene negatively, a life expectancy of 150 to 200 years on average, although specimens of 400 years have been discovered. This may seem very old at first glance, but compared to the Oak Tree, which reaches an age of 1,500 years, it is relatively small.

After only 5 years the Argan Tree can bear its first fruits, but the highest yield is only reached at the age of 50 to 60 years.

Argan – the fruit of the Argan Tree

The fruit of the tree, the so-called argan, is protected from humans and animals by hundreds of thorns. The only exceptions are dromedaries, which can eat the thorns without any problems because of their cornea in their mouths, as well as goats, which in the course of evolution have learned to climb in the trees to eat the fruits and leaves of the trees.

The Argan Tree produces fruit only every 2 years, in dry periods the fertility is completely stopped. In good rainy years, however, the tree can bear blossoms and fruits in different stages of ripeness. The fruit resembles a yellow plum, with a bitter flesh that is inedible for humans. Underneath this fruit flesh is an extremely hard shell, 16 times harder than our hazelnut. This shell contains up to 3 kernels, which are ultimately used to produce Argan Oil. The dry fruit flesh and the shells of the kernels are mostly used as fuel in the kitchen stove.

An full-grown Argan Tree yields around 30 kg of harvested fruit, from which in turn just 1 litre of pure Argan Oil can be extracted. If one adds to the rarity of the trees the labour and time-intensive production of the Argan Oil, it is not surprising that the oil has such a proud but justified price.

This site uses Akismet to reduce spam. Learn how your comment data is processed.